Bourbon is a kind of alcohol that you get in a bottle, large enough to drink a couple of times, and most definitely not one you can complete all at once, well, unless you have a party! You often find yourself with a bottle that has stayed for a couple of months or even years.

“Can bourbon go bad?” This is a fascinating question for any liquor enthusiast. It is essential to ask this question, especially if you have a bottle or two of Bourbon for yourself somewhere that you got maybe as a Christmas present or for your birthday and you had forgotten all about it!

The good news is that no matter how long a bottle of Bourbon has been ‘gathering dust’ on your shelf, it will be safe for consumption and might even taste the same if it was one that you had opened already. This is considering a few pointers we will look at later on in this piece.

With that being said, I bet you would like to know more about bourbon shelf life, storage, and if it indeed can go wrong or not. This is precisely the question we will be seeking to answer in this article.

So, can Bourbon go bad?

Bourbon can go wrong, well, at least in theory. If a bit of dirt gets into the bottle that you left open for a while, it will affect the alcohol quality after some time.

Scientifically, unlike any other distilled product, Bourbon should not go bad because of the high alcohol content that prevents any microorganisms that would make it go bad from growing.

It is safe to state that care in handling Bourbon is what determines whether it can go wrong or not.

With this out of the way, it would be nice to get into the nitty-gritty of how best to handle the alcohol. Now, that you won’t have to be in a hurry to finish that bottle that your uncle brought as a souvenir from abroad, right?

To fully understand the correct handling of Bourbon, it is imperative to know how long it lasts, as in its shelf life.

How long does Bourbon last?

It is said that good alcohol ages with time. Unfortunately, this is not the case with Bourbon, and it does not age once it has been bottled. Bourbon’s aging process only occurs when it is in “new, charred oak barrels,” As soon as the alcohol is removed from the barrel, the process stops. This is the same for other types of liquor, like rum and vodka. If you have a bottle sitting around, it better not be that you hope for a better taste the more it stays. So, say you have a bottle bottled six years ago, I bet if you opened it now, nothing about it would have changed. After opening it, though, things shake up a little. In what way, you ask, let’s find out.

As soon as you take the seal off that bottle, the alcohol gets ‘to breathe for the first time’; it gets access to fresh air, and some of the juice’s essential compounds get released.

Sealing the bottle well will help in preserving the Bourbon’s shelf life. But then again, it is impossible to seal it correctly as the manufacturer did, so this may cause evaporation that may make it slowly lose its strength. A little drying does happen even though the cork, so if you can get another sealer that does not have any contaminants, the better to ensure complete sealing. Alcohol evaporates at a much higher rate than water, you know.

Another aspect of this is oxygen. Oxygen is known to change the taste of spirits. The additional oxygen into your bottle of Bourbon is called oxidation. Science does play a big role in alcohol consumption, don’t you think?

In essence, this means that if you only pour a glass of Bourbon and reseal the bottle, the taste may well be the same the next time you open it. If there is just a little alcohol in the bottle, then it means that there is a lot of oxygen that has gotten into the bottle and will alter the drink’s taste the next time you open it. Some people may find this a turn off as soon as they realize the flavor is off, but others won’t mind. I guess it is a matter of personal preference.

We have talked a lot about storage. Therefore it is only fair that we get to it next.

How to store Bourbon

There is no unique way to store a bottle of Bourbon. You simply have to keep it in a cold and dark place and voila! You can stay with your drink for as long as you would like.

We have mentioned before that things change once you have opened the bottle. A good reminder is that once you begin it, ensure you have sealed the container tightly to avoid any air getting in and prevent evaporation.

When we say keep your bottle in the dark, we most definitely mean that you should keep it out of direct sunlight. I know there is the temptation of staying all your liquor in a fancy cabinet to display class and how much ‘you know your liquor.’ Just mind keeping the alcohol out of direct light!

So you have drunk your Bourbon until the bottle is less than half full, what to do now? It is advised to transfer the drink to a smaller bottle if you intend to store it for longer. Remember, we talked about the bottle filling with oxygen and altering the taste of the alcohol? The whole point of doing this is to prevent that of happening or, better, reduce the chances of that taking place.

It would be pointless to talk about alcohol storage and not touch on the subject of temperature. Most alcohols are not a good sport of temperature changes; thus, they need to be kept strictly in a cool place. Bourbon is not an exception. A cooler temperature reduces the chances of evaporation.

How about storing Bourbon in a decanter?

Most people prefer storing their alcohol in decanters. The main disadvantage of a decanter is that it has a slightly “less airtight seal,” which is not ideal for storing Bourbon if you intend to keep it for long. However, the seal can prevent oxygen from entering the decanter so you can use it for short period storage, or if you are in the business of selling alcohol.

Has my Bourbon gone bad?

What happens if you find a bottle of opened Bourbon with just a little of it inside? How will you know if it has ‘gone bad’? While we mentioned that Bourbon does not go wrong because of the alcohol content that kills any bacteria that enters the bottle, it is also important to note that its quality can change, making it ‘stale’ and not ideal for drinking. The only way to know for sure is to trust your instincts. A quick sniff of the bottle will let you know if it has a foul or ‘off’ smell. If you feel the alcohol is not fit to take, then don’t!

When it comes to shelf life, a bottle of unopened Bourbon has an indefinite shelf life so long as it is placed in a dark place with temperatures that do not fluctuate.

Once opened, put much consideration into how you store it to prevent it’s a taste from degrading. Avoid direct sunlight, and remember that the less the drink gets, transfer it to a smaller bottle to keep oxidation from happening. Here, we are trying to reduce the headspace (the distance between the drink level and the cork). Seal it tightly to keep the oxygen at bay. Bourbon or whiskey corks are made to be reused several times, unlike the wine corks. This is good, huh? Also, be keen to avoid evaporation. This is alcohol and not water, remember?

What About the Temperature?

The temperature should be less than room temperature. The cooler space, the longer-lasting the Bourbon will be as evaporation will be less.

Note that Bourbon does not age in the bottle, so put that expectation at the back of your mind. It only does age when it comes into contact with wood. I guess that is why they say ‘aging like fine wine’ and not like Bourbon, is it!

Lastly, enjoying a bottle of Bourbon with friends will ensure it gets finished quite fast, you will not have to worry about trying to preserve its taste for future use. If you are not a party sport, you will have to take all that we have discussed here, so you keep enjoying that bottle as though you just bought it.

I hope you have learned a great or even small deal about how to take care of your bottle of favorite alcohol!

A quick test, if you want to know how Bourbon is affected by exposure to air, try pouring some in a glass and leave it overnight. Want to share your experience? 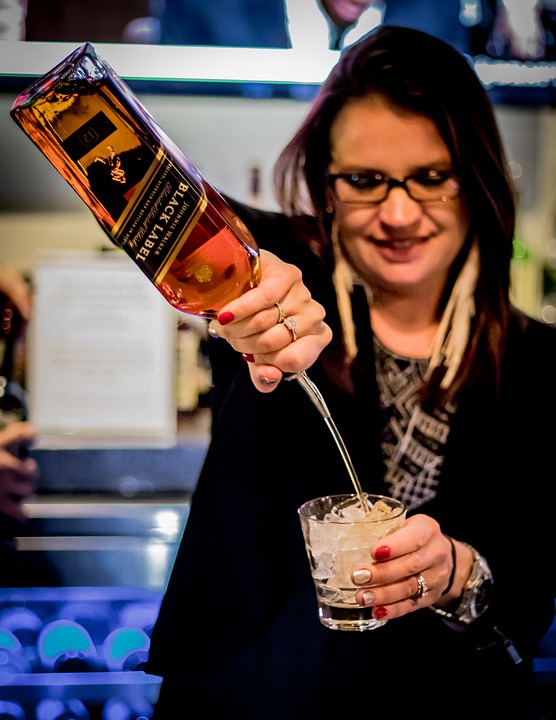