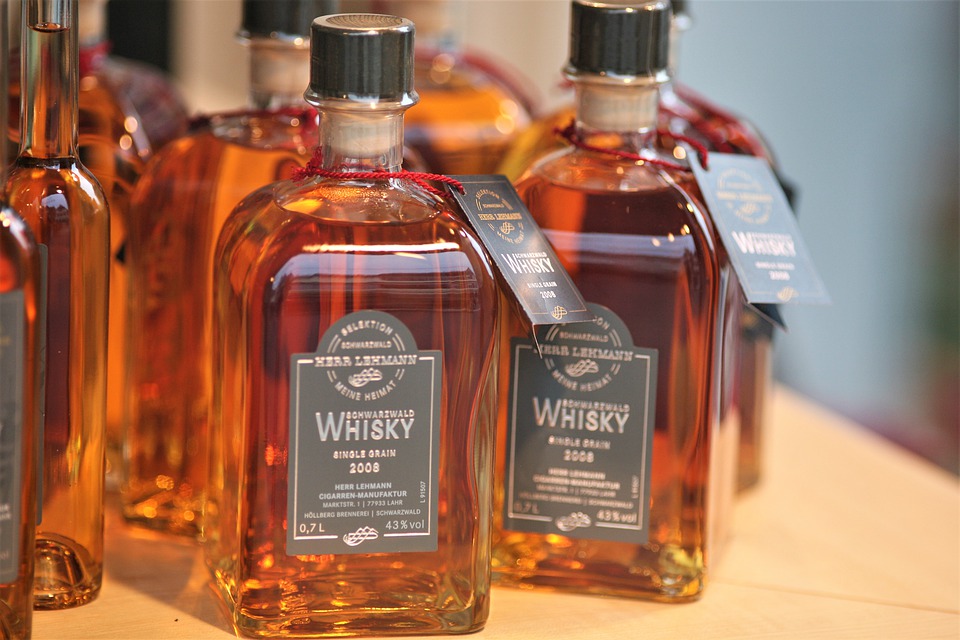 “America’s Native Spirit.” Did you know this is what bourbon is referred to? The drink is so rich in both flavor and history that the American government has declared its own.

Bourbon is a type of whiskey. Whiskey is alcohol that is distilled from a fermented grain mash. There is a huge difference between whiskey and bourbon, which we will look at later.

Bourbon is a sweet drink that is filled with a variety of flavors, which can be served “neat,” on ice, with water, or mixed in a cocktail. Talk of versatility!

There is no right or wrong way of drinking bourbon, but there are tips that can enhance your experience. It, however, all boils down to your personal preference and experience.

This is a term used to describe the recipe used to make bourbon—a mixture of corn, rye or wheat, malted barley, and water, which is heated.

This is breaking down sugars in the grains, usually using yeast, to bring out alcohol and carbon dioxide.

This is a process done to separate the water from the alcohol by heating the alcohol out. Water has a higher boiling point than alcohol, so it is easy to extract alcohol from the mixture through boiling.

These are the main processes that involve the making of whiskey.

Now, we get into the difference between whiskey and bourbon.

Whiskey is made from the fermentation of the grain mash, which is later distilled, and later aged in wooden barrels. It is then chilled before it is bottled.

There are various types of whiskey, one of which is bourbon. Are you confused? Let me explain; all bourbon is whiskey, but not all whiskey is bourbon. There are regulations set apart for bourbon to be known just like that.

Bourbon must be produced in America, made from a mash with at least 51% corn, distilled at 160 proof, and aged at 62.5% alcohol by volume, in new oak charred barrels. This is what sets bourbon apart from all other types of whiskey.

How do I know which bourbon to buy?

The bourbon industry has got many brands, each with different ages, proofs, and tastes. This could be quite overwhelming for a bourbon beginner.

Here are a few tips.

Want to know which are the very best bourbons to buy? Ask! Your favorite bartender. A seasoned bourbon aficionado can quickly point you in the right direction as to what to buy. While they say it is mainly about your personal experience and choice, a little help and guidance will go a long way.

Here, you might find very many terms on the bottle labels that may offer guidance or ultimately confuse you more. But we hope for the former, right?

Bourbon must undergo an aging process, and that means all bourbon. This process takes on different times and allows the bourbon to interact with charred oak barrels to flavor. The minimum time given for this process is two years but can go for longer years.

This is a bourbon regulated by the following conditions; it must be at least four years, distilled at 100 proof, produced by the distiller in a single distillery, must be from a single season and year, and finally, aged in a bonded warehouse.

From the label of the bourbon, you will get to know if the bourbon went through any additional aging. Aside from the bourbon’s initial aging, some bourbons are further put into other oak barrels like “sherry casks or port wine barrels.” This is said to give the whiskey additional flavors.

This is a term that can be used to tell a high-quality bourbon. They can be crafted by hand, in the bottling or in selecting barrels for the extra aging.  Most people prefer bourbons that are “handcrafted.”

Also, you will get this on the label. Kentucky is known to be the largest manufacturer of bourbon. They say, “95% of all bourbon is produced in Kentucky.” The environment is quite favorable for its production because plenty of corn grows there and limestone that purifies the water used for the fermentation process.

For it to be bourbon, it must be aged in new charred oak barrels. The flavoring agents present in oak get mixed with the bourbon to bring out a rich smell, body, and taste. Different types of oak give out different flavors in the end; American white oak, which is most commonly used, gives flavors of coconut and vanilla; French and European oak, when are rarely used, give a much spicy flavor.

This indicates a type of bourbon that has been bottled from only one barrel, usually carefully selected, and has undergone additional aging. Each barrel has its unique taste because of a difference in the storing conditions. These Bourbons are considered premium and best enjoyed neat or with ice.

These are Bourbons chosen from a small number of carefully selected barrels and blended before they are bottled. This gives the producers a leeway to control the overall taste of the whiskey.

This type of bourbon is usually made by taking a small batch of previously used mash to assist in the fermentation of the current or next mash. This is a way of controlling the consistency of the flavor from one batch to the next. However, it does not mean that the bourbon is sour; I am sure you are glad to hear that, no?

This type of bourbon is also regulated by conditions that define it, aged for at least two years, and blended with Bourbons only produced in the same state. A rule is set that if ‘straight bourbons have been aged for less than four years, then the information should be captured in the label. Also, the year of maturity on the label indicates the youngest bourbon that has been used in the blend.

This bourbon is made using wheat as the prominent flavoring grain instead of rye; the primary grain is always corn. Their taste is usually sweet and is much softer to the palate than their rye counterparts.

This is a type of bourbon that is made using a high percentage of the. Rye is packed with a spicy and pepperish taste loved for that hold punch.

As the name suggests, this is a sweet flavored kind of bourbon whose production goes beyond 51% corn.

This list identifies the best bourbon to buy on a low budget and the smoothest. Smooth, in this case, defines the way it goes down your throat as you drink. You will get to know which one to buy for individual cocktails as well.

While the best bourbon’s taste and experience are subjective, the above whiskeys have been tried and tested.

Understanding What you Want to buy

Knowing what to buy or what not to buy will determine how much of bourbon you know. The labels on the bottle offer a pretty good guide. This might be quite challenging with the many types of bourbon offering different tastes.

The list above is just the tip of the iceberg for bourbon lovers. Many bourbons are right for beginners, good for average bourbon lovers and seasoned drinkers. In general, you will need to identify what you like and what you do not like. This will guide you in buying your next bourbon. Of course, you can get overwhelmed by the variety in the market, but you will have a good understanding of you are keen and take notes before long.

It is essential to know how to taste bourbon for you to enjoy it. This way, you will get the flavors in the drink to guide your palate in your search.

How to taste the bourbon

Tasting bourbon involves all your senses. Begin by holding up your glass against the light and look at the color, and “legs”; legs are the small trickles of alcohol that go down the mirror after you have swirled. Put your nose inside your glass and part your lips; this helps you get both the bourbon’s smell and flavor. Take a sip of the drink and swish it inside your mouth; this is known as the “Kentucky chew.”

This is the only way you will be able to tell how your bourbon honestly tastes like, so there you go! Happy bourbon hunting!

The world of cigars is vast and wild. If you are looking for some of the best quality cigars to smoke in the colds, you can start with some Tatuaje Skinny Monster. These are some of the most popular...

The difference between Whiskey vs Vodka is right in the taste, the origin, and the consumption. These are two unique alcoholic drinks that are most popular globally. There is more you should learn...