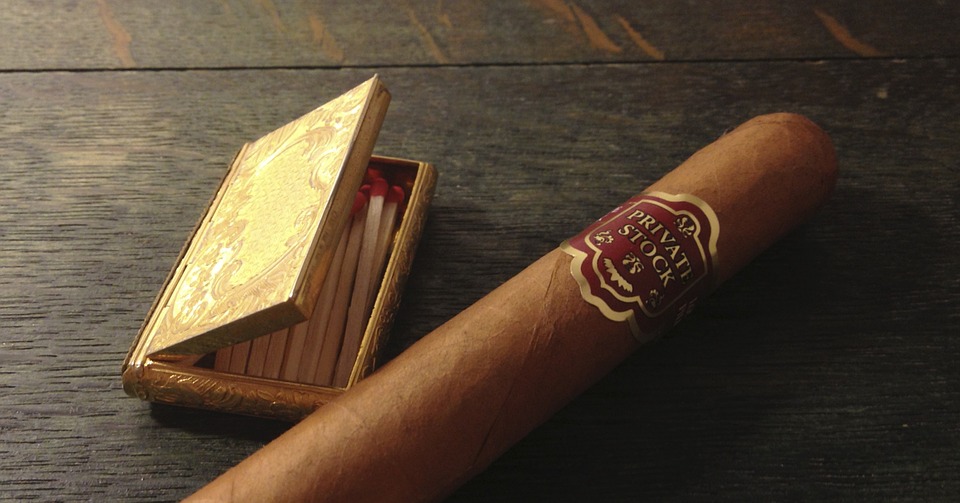 Cigar dates back hundreds of years ago; way back when Christopher Columbus landed in Cuba in 1492. The locals introduced him to the burning of leaves, also known as Cohiba, presently tobacco. Since then, Cuba is popular for the best cigar brand- this is a subject of debate.

Smoking a cigar has a lot of surprises you don’t know. In this article, we highlight some of the amazing facts about cigars you should learn.

Facts You Should Know About Cigars

There is a significant difference between smoking cigars and cigarettes. While most cigarette smokers inhale when smoking, at least 75% of cigar smokers don’t inhale. Additionally, cigarette smokers can consume up to 20 cigarettes a day, increasing the risk of lung diseases.

The difference in smoking habits is that most cigar smokers are not exposed to less of carcinogens. harmful chemicals,  and poisons present in cigars. This is only the reason those smoking cigars are less likely to develop cigar-related diseases than cigarette smokers.

According to the Centers for Disease Control and Prevention (CDC), harmful heavy metals from addictive drugs can cause lung cancer, heart disease, and heart attack. Middle School students should avoid early e-cigarette use to lower health risk.

2. Cigars can make you more creative

When you’re working on a tight schedule and have some complex tasks on the table, some regular cigarettes or a cigar can help you relax your mind.  However, you should mind your level of smoking to prevent nicotine addiction.

Mark Twain, the legendary writer, was smoking at least 300 cigars a month. When the writer quit smoking, he ended up suffering writer’s block. When he started smoking again, he ended up writing one of his best-selling books in less than three months.

If you’re a cigar fan, then this is one of the facts you should have in your notebook; that cigars can boost your creativity, especially if you’re working on a complex task. Just another reason you should start smoking cigars in moderation.

3. It is bad for oral health

Cigars may be less harmful to your heart rate and blood pressure compared to cigarettes. However, in matters of oral health, cigar plays the same role as cigarettes and secondhand smoke. A study by the Journal of the American Dental Association, cigar, and pipe smokers are at a higher risk of inhaling toxic chemicals, tooth decay, and tooth loss than non-smokers.

Apart from tooth decay, cigarette smoking also increases the risk of types of cancer and alveolar loss. The alveolar is the bone that holds your teeth in place and safe level.

4. Price does not indicate the quality

Top-quality cigars are less expensive than most cigar brands and traditional cigarettes in the market. A cigar costing $10 may just be as enjoyable as one that costs $5.

Your combustible cigarette smoke quality is also determined by the aroma, appearance, combustion, and flavor it gives. When your cigar looks pristine in appearance, is highly aromatic, and has good flavor, it is likely to be more expensive. Coarse tobacco leaves cigar with less taste is less expensive than a cigar with better flavor and appearance.

Lastly, since some tobacco types and electronic cigarettes take longer to ferment and age for maximum taste and performance, they are likely to be more expensive. The production cost for such a cigar smoke is quite high, and that can raise the price of your cigars since it has to be kept in a warehouse for a long.

5. Cuba cigar is not the best you can get

As you keep smoking different types of a cigar, you realize there are many brands you can light up. Again, there is a controversy on the origin of the best larger cigars. Most smokers will go for the entire pack of  Cuban cigars since they are believed to be the best in the market.

What about non-Cuban cigars? Is it true that they lack the taste and aroma in a pack of cigarettes and Cuban smokes? What makes Cuban smoke so special for most cigar users?

Cuban premium cigars are overrated. They may sound the best you can get, but that doesn’t mean they are alone in the market. Other brands from Nicaragua, Honduran, and Dominican give Cuban cigars a run for their money. The best brands from the top cigar-producing countries just march the flavor and performance you’ll get from Cuban cigars and other cigarettes in stores.

You can always shop for top-tier smoke from any convenience stores in the leading cigar-producing countries and be sure of the same rich taste. The competition is a bit stiff on which country gives the best smoke. For instance, in the Top 25 Cigar of the Year Awards, sometimes Dominican cigar overtakes Cuban cigars.

6. You should smoke slow and cool for better taste

A cigar is the only ‘meal’ you must take slowly. When smoking, you always want to enjoy the moment in every puff. The way you smoke your cigar determines the kind of experience you get. Fast and frequent puffing overheats your cigar and makes it bitter in your mouth. You cannot reverse the smoke’s bitterness, which is why you should take your time when smoking a cigar.

A perfect cigar is made to burn slowly to impact flavor and give out an ideal aroma. That said, you should always look for a cigar with the best construction so that you puff it slowly and avoid the bitter taste. Cigars are meant for slow smokers.

If you like smoking aged tobacco faster, then flavored cigarettes are the best you can have when chilling out. It takes up to 45 minutes on a five-inch cigar while you take 10 minutes to smoke a full roll of cigarette. The dangers of tobacco for e-cigarette users are higher than those smoking premium cigars.

You should aim for a puff after every 30 seconds to get the most out of your cigar. Avoid smoking infrequently because that will mean you have to relight up your cigar when it goes out. Smoke a conventional cigarette per day from the top online dealers.

A premium cigar lowers your risk of cancer and lung injuries. Therefore, to make your blood vessels healthy and improve your cardiovascular health you should avoid smoking more cigarettes.

7. You need a humidor to store your cigars

Cigars are not that cheap, and leaving them out of the humidor will cost you a lot. With a cigar humidor, you can store your cigars in a perfect condition to age and mature in quality with time. Cigars and daily cigarettes need a relative humidity of between 70-75 percent to avoid drying up and losing their taste and aroma.

As an adult smoker, you can only maintain this level of humidity when using a humidor to store your cigars. Humidors are made of Spanish cedar that helps to stop the bleeding of tobacco sap. Storing your cigar in perfect humidity keeps its quality intact for the longest time.

There is a lot current smokers learn about smoking among adults, tobacco control, and cigars, and in this article, we’ve highlighted some of them. Smoking a cigar is one of the best experiences you can have. Cigars do relax your mind and improve your creativity.

Strive to learn one or two tips on passive smoking, tasting cigars, and storing them. Smoking the best brand of cigar is not all about the puff, avoiding bad breath, but the kind of experience you get in the process.

For the best experience in every roll of cigar you light, you should go slow on all your puffs. You should always shop for the best brand of cigar for great taste and performance. Always beware of the chemicals in cigarette smoke and choose premium cigars as an alternative to cigarettes.