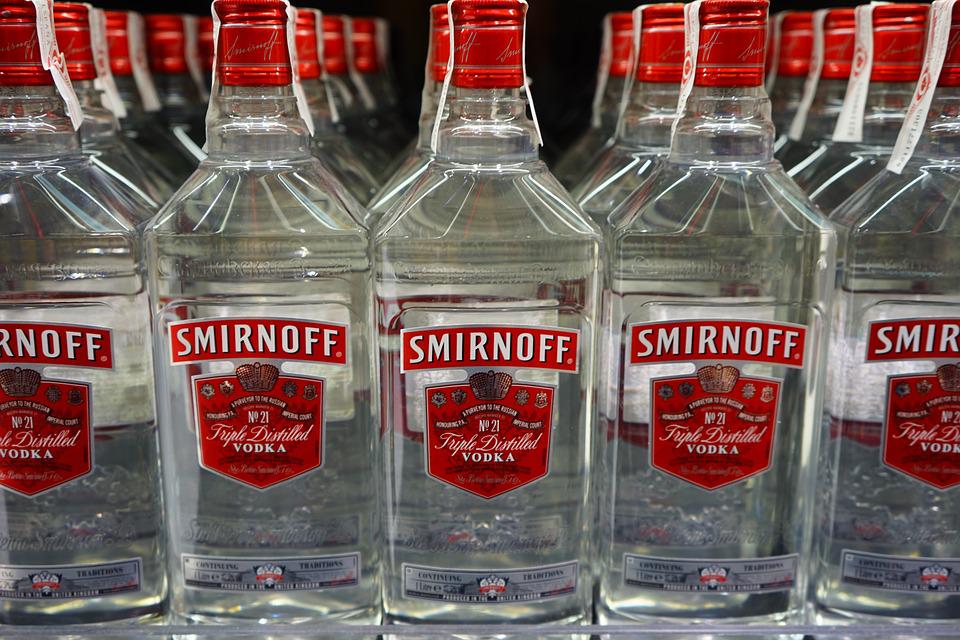 The difference between American Whiskey vs Vodka is right in the taste, the origin, and the consumption. These are two unique alcoholic drinks that are most popular globally. There is more you should learn about vodka and whiskey before choosing the best brand in the market.

Whiskey and neutral spirit vodka are two types of alcoholic spirits that are enjoyed differently; on the rocks and sipping. These are the two most popular alcoholic drinks all over the work.

Vodka is more popular in Russia. Conversely, whiskey has grown in popularity, and it’s today one of the most consumed drinks globally.

While most people enjoy vodka brands and whiskey in equal measures, it is still difficult for most drinkers to distinguish the two drinks, especially for those who like to make cocktails.

Bourbon whiskey and vodka are easy to distinguish based on their appearance. Whiskey has a tan color that is similar to apple juice, while vodka is colourless. Both vodka and whiskey are twin flames to each other with alcohol content, and you’ll find drinkers enjoying both of these drinks.

If you are finding it difficult to differentiate between vodka and whiskey, in this article, Bottle and Ash makes life easy for you. Below we outline the difference between each of these drinks.

Vodka is one popular neutral grain spirit drink in most bars. The word “vodka” is a Slavic word meaning water. This drink originates from countries like Poland, Russia, and Sweden. There is a belief that vodka was produced by a monk in 1430, over 500 years ago.

Just 64 years after vodka was brewed, whiskey came into the limelight in 1494 in Scotland. The word whiskey, just like Vodka, comes from a Gaelic term meaning “Water of life.” Unlike vodka, whiskey can be brewed in different ways, and this alters the taste and flavor depending on the method chosen to brew it.

Today, whiskey has taken over the world of liquor. It is brewed in over 25 countries, including the US, Ireland, Scotland, Japan, Canada, India, and Ireland. In America, over 37 million cases of whiskey are produced per year.

Taste is another parameter you can use to distinguish between vodka and whiskey. In the modern world, alcohol is an art form. The taste of your favorite liquor counts a lot when you decide to choose one bottle for the party.

You want to consider the burn, mouthfeel, sensation, and overall experience that you get in every that you smoke. premium cigar

According to US law, vodka should have no taste, smell, and colour like in other flavoured spirits and mixed drinks. However, most bartenders argue that even the most distilled water has taste and smell. Some say that vodka tastes like bread with some spikes of spiciness and sweetness. Others also believe that the vodka’s strength is in the crisp texture, smoothness, and the light mouthfeel.

You can consume your vodka chilled, neat, and concentrated. However, what makes the drink more appealing is its simplicity. Most people love vodka because it is light and unassuming, which makes it a more versatile alcoholic drink.

The difference in how you drink

While Vodka is all about the subtlety, whiskey is all in the flavor. Most people consider whiskey a more complicated drink because of the experience it gives. Whiskey enthusiasts believe that drinking whiskey should start by nosing it.

Like cigars, you want to have a pre-draw of the tobacco to feel the freshness and the hidden flavors. You start drinking your whiskey by smelling it. This is an overwhelming experience because every whiskey comes in a unique and powerful taste. Your first contact with whiskey will burn your mouth.

When you nose a finished product whiskey for the first time, you are acquainted with subtle notes of fruits and spices. According to science, you should add some splash of water into the drink and take a small sip of the drink.

Swirl the drink around your mouth, allowing it to coat your tongue before you can swallow. With time you get used to the burn in your mouth, and you are able to taste all the flavors that you just identified by smelling and flavour profile?

Whiskey comes in different varieties, and no bottle will taste like the other. Below are some examples of whiskey you are likely to come across:

Vodka and natural spirits like whiskey have unique health benefits that you can use to distinguish them.

Vodka, for instance, is an alcoholic drink that is well known for its unique health benefits. First, the only ingredient in vodka is water and spirits, and as such, it is good for those who want to lose weight.

Besides helping you cut weight, Crystal head vodka also helps you lessen the symptoms of various inflammatory diseases. It is an antiseptic, which makes it one of the healthiest drinks you can have on the bar.

Whiskey is also a healthy drink you should have if you want to cut weight. Whiskey is a low-calorie content, but the other additives used in making the drink make it less healthy than vodka.

Additive-free vodka does not have any impurities, making it a healthier drink than whiskey. However, whether vodka outranks whiskey in health qualities is controversial as researchers and drinkers have mixed opinions.

There is a big difference between organic spirits whiskey and vodka when it comes to consumption. For instance, when preparing cocktails, you realize that vodka can be used in almost everything. This makes it a better mixer compared to whiskey.

You can mix vodka with organic juice to get the Screwdriver cocktail, add ginger beer to make Moscow Mule, and ad some cranberries to make the Cosmopolitan.

On the other hand, you have to smell your whiskey first before consuming it. It is strong in taste and smell, so it is recommended that you drink it in sips. This will help you avoid the burning sensation on your tongue.

When you smell your 20th Century whiskey first before tasting it, you get the sense of how it will taste in your mouth. You first swirl the drink in your mouth before you can gulp it down if you want to get the best of the drink.

There are no such rules in the drink of choice like Deep Eddy vodka. It means you don’t need any expertise or experience in drinking vodka. If you are not an expert in liquors, the right place to start your drinking is a glass of vodka.

There is a huge difference in the aftereffects between vodka and whiskey. The hangovers of these two drinks depend on a person’s tolerance of how the rink makes him feel later after drinking. The aftereffect also depends on the congeners that are present in the drink.

The additives in a drink and the congeners will determine how fast you get drunk. Vodka and whiskey congeners are both by-products of fermentation simply left out in the drink. There are more congeners in the alcoholic drink to make you feel the hangovers when you wake up the following day.

Vodka is a clean drink with few impurities and congeners or admixtures. It means when you drink vodka. You are likely to stay sober fast the following day. Drinking pure vodka gets you drunk faster than cocktails but gives you mild hangovers.

The reason is that vodka is triple distilled, making it free of impurities and admixtures. You are less likely to puke the next day if you sleep on vodka.

On the other hand, whiskey is a strong drink that will make you drunk and take full control of your senses. Whiskey is not triple-distilled like vodka, which means the admixtures are more. This gives you hangovers the following day.

The safe aftereffects of vodka make it one of the best drinks you can have and wake up to work.

You can take vodka in moderation and don’t have to be worried about hangovers the next day. If you drink whiskey for its rich taste, you want to make sure you drink some good quality vodka with good additives.

There is a big difference between vodka and whiskey. The difference is in the taste, strength, aftereffects, origin, and consumption method. Whether you choose between vodka or whiskey depends on how these two brands make you feel.

If you are going for the flavors, whiskey takes your vote, but, if you need some drink with no hangovers, you can opt for some clean vodka. For whiskey lovers like Bottle and Ash, whiskey will take the day. You can choose one of the and invite your big boys to the party. best whiskey drinks

Continue Reading
link to Whiskey vs. Cognac: What's the difference?

The difference between cognac and whiskey is right in the ingredients used in making them. Whiskey is made with grains, and cognac is made using grapes. That means cognac is a type of brandy, and...