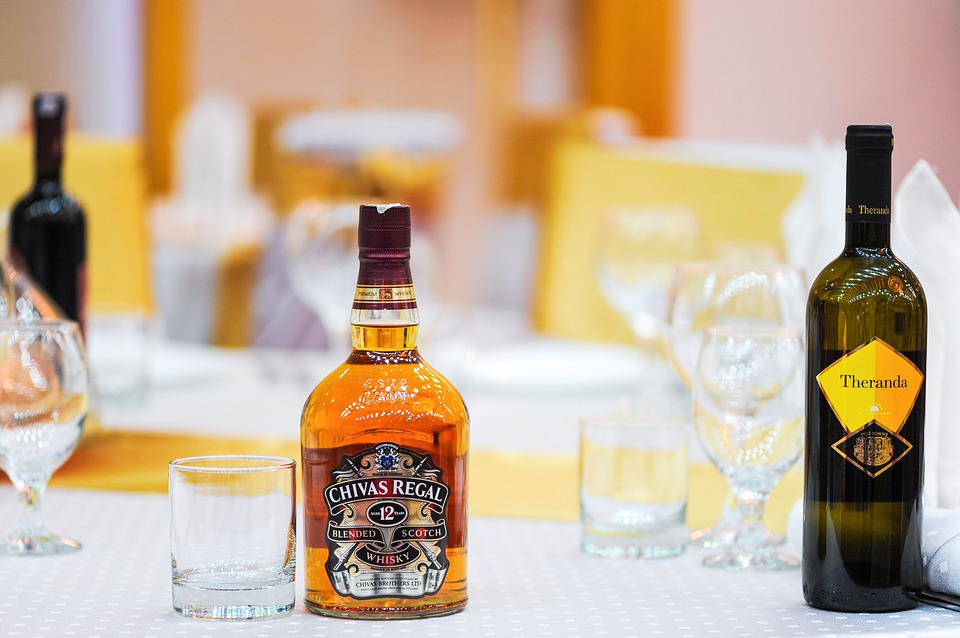 The world goes round when you mention whisky or whiskey on a dining table. There are different whiskey types, but two drinks stand out from the rest; scotch and bourbon.

The first step to enjoying any type of drink is to learn something unique about it, like its origin and ingredients used in making it. If you don’t know how to differentiate these two favorite drinks, you are on the right page.

Both scotch and bourbon are popular whiskies in our local bars and restaurants, but not all whisky lovers can spot the difference between the two.

Here is what you should know about scotch and bourbon:

1. Bourbon and Scotch are all Whiskies

This is the most confusing statement your bartender will tell you when you ask about scotch, bourbon, and whisky.  All bourbons and scotches are whiskies; not all whisky in the market is bourbon or scotch.

Scotch is a whisky and bourbon is whiskey. Note the difference in the spelling of ‘whiskey.’ All Irish and American spirits use ‘whiskey’ on their labels while drinks from Europe, Scotland, Australia, and Japan, and the rest of the world use ‘Whisky’ on their brand labels. Therefore, it is very easy to spot the difference between these two drinks right from the counter.

Whisky has a basic rule that all manufacturers must follow when distilling it. It must be distilled to a range of 40-94.8% ABV. Anything below this value doesn’t qualify as whisky or whiskey.

Scotch and bourbon are both whiskies, but the difference comes in the country of origin. The best scotch whisky comes from Scotland. Some popular scotch brands in the market include Ardbeg, Johnnie Walker, Lagavulin, and Ballantine’s.

2. Scotch and Bourbon Have Unique Flavors

Scotch and bourbon have different tastes and flavor. Both drinks obtain their flavors from the different barrel surfaces they age. Bourbon gets its vanilla, okay-like flavor from the charred barrel surface it ages on.

The reason you are likely to bounce on bourbon in your local bar and not a scotch is that the two drinks age differently and take time to reach the market. Bourbon has no minimum aging requirement. However, most distillers will gladly state that on the label when it is aged below four years. Straight bourbon must be aged for not less than two years.

Conversely, scotch whisky has a minimum ageing period of three years. It is stored in oak containers for this period and distilled in bottles at 80 proof or 40% ABV. Scotch is either single malt or single grain. Single malt whisky is made using malted barley and water as primary ingredients at a single distillery. On the other hand, single grain whisky can have other whole grains from unmalted or malted cereals.

Scotch is mainly produced in Scotland and made from malted grains while bourbon is an American whisky made from 51% corn mash. The difference in raw materials gives the two types of whisky their unique flavors and aroma.

4. Difference in Alcohol By Volume (ABV)

Scotch and bourbon are quite different based on their ABV requirements. Bourbon must be made of 51% corn mash and distilled at 160 proof or 80% ABV. It should be at least 62.5% ABV when put in new ageing oak barrels. Conversely, scotch is required by law to have an ABV of not more than 94.8. It is aged in a used oak barrel for not less than three years.

In most cases, scotch distillers will source their barrels from wineries and distilleries that have used them for making sherry or bourbon. The barrels are re-charred on the inside to make them more effective for ageing the scotch. Note the difference between scotch and bourbon comes out clearly; bourbon uses new oak barrels for ageing while scotch ages on a used, but re-charged, oak barrel.

5. Whiskey Makers Can Use Peat or Barley

If you are out to compare scotch and bourbon. You should maybe stick to their production process. Though quite complex, you may have some idea why scotch behaves differently from bourbon although much of its DNA is all into bourbon. In the case of single malt scotch, distillers can use either barley or peat in making them.

The barley is either smoked or not smoked, which makes the difference in the taste. Before adding yeast, barley is smashed and separated from the liquor to remove the intense notes you usually notice in Kentucky bourbon.

Unlike bourbon which produces more aromatics, most scotch whisky mashes are a bit mild. This is perhaps why it easy to differentiate between scotch and whisky just by tasting them. There is more to learn about bourbon flavors, leaving it here can save us the day.

6. Different Regulations by Country of Origin

Since scotch and bourbon comes from different places, they have different regulations that influence their production. Here are the basic regulations for all scotch from Scotland:

For bourbons, the United States specify what distillers can label as bourbon. Here is what qualifies a drink as American bourbon whiskey:

All whisky lovers know that there are hundreds of whisky brand in the market. However, what make them different from other drinks are unique taste, strength, and flavor.

When choosing the best whisky to drink after a long day at work, you shouldn’t mind taking bourbon or scotch. Both drinks share one thing in common; they have the basic whisky DNA in them. Bourbon and scotch are quite easy to differentiate based on their country of origin, flavor, ageing, color, ABV, and texture.

In this article, we’ve pointed out some facts on these drinks which should help you when you choose. If you’re planning to switch your drink to something new, you should look more into the best way to drink bourbon and some of the top whisky brand in the market.