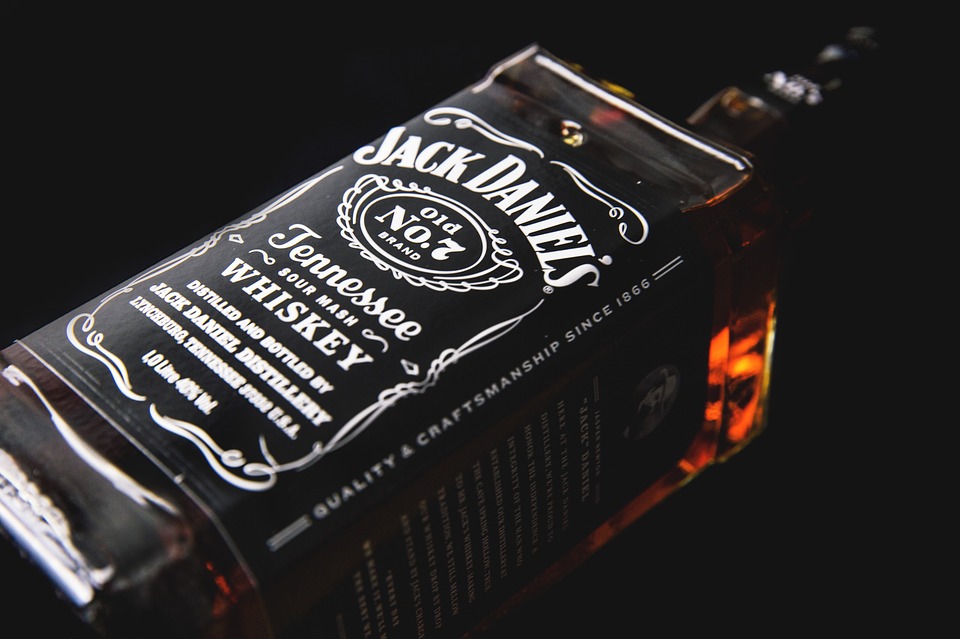 Over a century ago, in 1860, a boy Jasper Newton Daniel was born. His mother dies while giving birth, and he has to live with the stepmother – the only surviving guardian. Daniel’s father died of pneumonia during the Civil War. He ran from home because he did not like his mother and would later work on Dan Call’s farm.

During his stay on the farm, Jasper Newton Daniel learned to brew the now famous Jack Daniel’s whiskey. Contrary to what most people think, Jack Daniels is not bourbon but one of the most loved Tenseness whiskeys, even in the dry counties.

There is a lot you should learn about the world’s most sought whiskey, Jack Daniel’s. In this article, Bottle and Ash unfolds everything you should know about this famous drink. So, before you grab your chair for a glass of cold whiskey, you might consider reading through the following lines.

1. Jack was not born Jack Daniel’s

The brain behind this famous drop-by-drop whiskey was not called Jack Daniel. Yes, his dad named him Jasper Newton Daniel, but most people would call him Jack, so he got used to the name. Maybe the next time you walk into the bar, you should try ordering for Jasper Newton Daniel, and let’s know how it goes down.

This should come as a surprise. Did you know that Jack Daniel’s most famous and exceptional smoothness whiskey is manufactured in a county where selling it is illegal? The whiskey is made in Lynchburg, Tennessee, in Moore Country, and selling whiskey has been illegal since Prohibition. Despite the much repeal, Jack Daniel’s still won’t be sold in the county.

Moore being a dry county, you can only visit the Jack Daniel’s distillery and taste the whiskey, but you cannot buy it here. Maybe you have to patient enough, wait for the drink to reach your local bar in New York before you can order.

3. Only seven master distillers have passed through Jack Daniel’s

4. It is possible to buy your barrel from the distillery

Again, if you cannot make it to Tennessee, you can email or call the distillery and let them know your tastes and preferences for cinnamon liquor. They’ll have one barrel shipped for you to your doorstep. Jack Daniel’s is one fantastic gift for a dad in love with whiskey or whisky – it makes all the difference celebrating life with a glass of this favorite whiskey shipped directly from the historic distillery.

The flagship No.7 brand is one of Jack Daniel’s most famous whiskey brands, but there are still others you can easily find on the counter for marketing purposes.

The double-filtered Gentleman Jack is one brand you can find in the market. It is produced from a single barrel and comes with a 94 proof. The cinnamon and honey whiskeys in their category are blended with cinnamon and honey liquor making the perfect choice for most whiskey lovers.

Most of the blended Jack Daniel’s and Jack Single barrel brands come with lower proof. hey are approved by the federal government. Fellow whiskey lovers can also find some limited-edition bottles and crafted bourbon in Jack Daniel’s list, such as Sinatra Century.

We are talking about Jack Daniel’s brand today because of its direct connection with rock music. Jack Daniel loved music and not just all music – rock music was his heart. Back in the days, Frank Sinatra, a popular musician, made the brand more famous. When Frank died, he was buried with Jack Daniel’s bottle alongside some cigarettes and lighter.

A limited-edition, Sinatra Century, was released by Jack Daniel on 1st October 2015 to commemorate the great musician for his love for the brand. Jack Daniel’s distillery did the same following the passing away of the Lemmy Motorhead, the British songwriter and musician.

7. Jack Daniel’s is the oldest distillery in the USA

Since its registration, Jack Daniel’s has made millions of cases, distributing its bottles of cheaper bourbon worldwide. When you talk of whiskey in Tennessee today, everyone would think of Jack Daniel’s.

This brand won a gold medal at the World’s Fair. It is an award-winning flavor you don’t want to miss at the feast.

8. A former slave is part of Jack Daniel’s recipe.

Amongst those who taught Jack Daniel how to make Jack Daniel’s whiskey was a former slave. After leaving home, where he stayed with the stepmother, Jack worked on Reverend Dan Call’s farm in Lois.

sHere he met and became friends with a former slave, Nathan Green. Green was responsible for looking after the farm, and during his free time, he taught Jack Daniel how to brew whiskey.

Green became a free man after emancipation, and when Dan Call sold the still to Jack Daniel, he made Nathan Green the first master distiller. The two families make the incredible story behind the famous Jack Daniel’s brand. They have been part of this brand of whiskey for more than a century now.

9. Jack Daniel was a bachelor his entire life.

Most people don’t know that the man behind this famous whiskey never had time to settle down. Jack Daniel went to the grave with no kids left behind. He was a ladies’ man and never had a chance to walk down the aisle or maybe tie the knot with any lady in Tennessee.

When Jack Daniel died in 1911, he passed the legacy to his two nephews. The legacy stayed in the family until 1956, when Brown-Forman Corporation acquired it.

10. All Jack Daniel’s employees are local.

Jack Daniel’s employs over 500 people currently. At least 95% of people working at the distillery are locals based in Lynchburg, while two-thirds of the staff is generational.

Most of the employees work at the distillery part-time because they only employ permanent if you are willing to do the job your entire life. The distillery values their full-time employees and gives them some assurance of permanent employment.

11. Every Jack Daniel’s Bottle is made with water from the Cave Spring Hollow.

Cave Spring Hollow is one of the greatest natural resources in Lynchburg, Tennessee. The spring has no sediments, and the waters here flow at 56 degrees Fahrenheit.

The limestone layers on the spring remove the iron in the water, which can ruin the color and flavor of the whiskey. Every Jack Daniel’s bottle is made with water from this spring. In order to get rid of any impurities, the whiskey is filtered through charcoal, giving it the signature taste and flavor.

Well, there is more to learn about Jack Daniel and Jack Daniel’s brand. For instance, Jack Daniel’s is the only distillery that makes its barrel for its products.

While there is more to know, the mystery behind the no.7 tag is still unknown. Nobody knows why Jack Daniel’s has the ‘old no.7′ label on it or what it means.