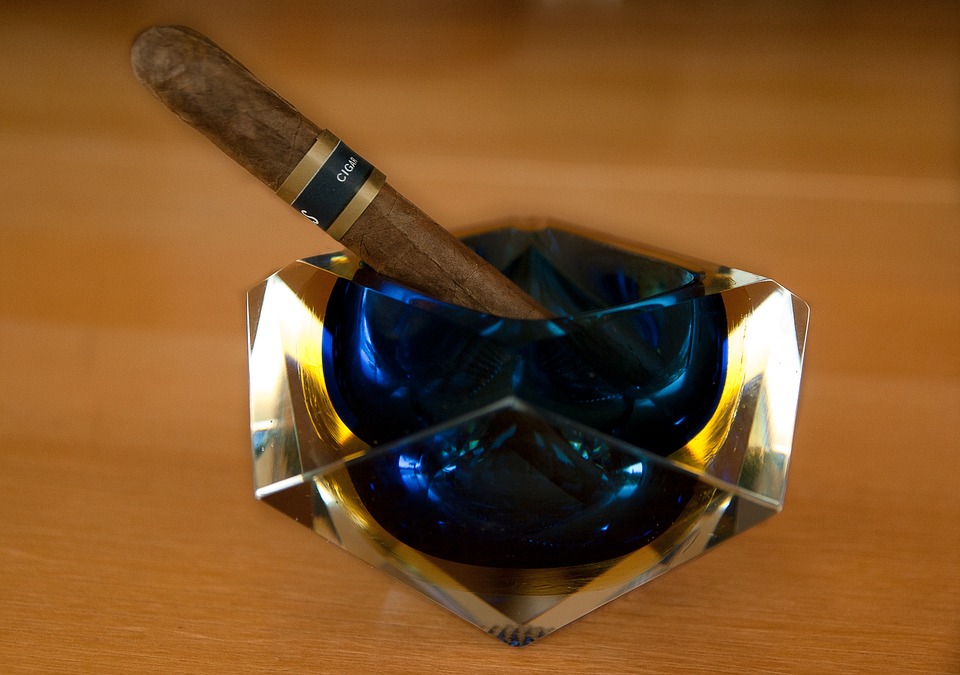 It’s time to understand How to Properly Ash a Cigar. How long have you been smoking those premium cigars, and still you don’t know how to ash a cigar properly? Most handmade premium cigars are made of long fillers, running the length of the cigar.

As the cigar tobacco leaves burn, it gives out more dense ash than that of a cigarette. That means you should know how to flick the cigar and ash it properly. To avoid interfering with the cigar construction or cracking the wrapper leaf, you shouldn’t play with the cigar too much as it burns.

So, how do you ensure you ash the cigar properly without compromising its integrity? Bottle And Ash is here to help you out with some tips.

Take your time to Ash a Cigar

Cigar smoking is quite different from smoking a cigarette through nasal passages. It takes time to reach the head. Some cigars take up to 2 hours to burn depending on the quality of the filer and concentration of smoke.

Cigar smoke ash is also different from cigarette ash that tends to flake and ends up dropping on the ground if you don’t ash it constantly. In the case of cigars, if you mess up with the ash, you end up ruining the experience. You should not use too much force when ashing your cigar because it can destroy its integrity.

Wait until the cigar ash reaches at least an inch before you can flick it to remove the ash. Another tip to know if you should ash the cigar is to look out for a crack in the ash. Once the crack starts to develop, it means it is time to ash the cigar on the ashtray.

If you wait too long, the ash may fall on the floor or lap. It is important to ash your cigar properly because failure to do that can often result to fire.

To ash your cigar, you should choose one of the best ashtrays.

When you feel like you’re waiting too long to ash the cigar, you can try placing the cigar on one side of the ashtray, then flap the end of the cigar gently. If you do this at the right time, the cigar’s weight will force the ash to fall on the ashtray naturally. Place your cigar on the side of the ashtray for some seconds if the ash won’t break off. You can repeat the process until the ash breaks.

Another way to ash your cigar is to try pressing it gently on the edge of the cigar. Place the cigar on one side of the ashtray and try to rotate it at the same time. Ensure you don’t use too much force while you rotate the cigar. This technique allows the ash to break off naturally so that you avoid any issues with your cigar.

Why should you ash your cigar properly

When you ash your cigar the wrong way in public, you embarrass yourself. You are simply telling people that you’re new to the world of premium cigars. Proper ashing of a cigar is something you have to practice. You can do it better when you have the best cigar ashtray on your smoking table.

Ashing has a significant impact on the taste of your cigar and how you enjoy the smoking experience.

What does cigar ash say about your cigar?

The quality of your cigar

In every cigar you smoke, the ash and smoke that comes out say a lot about the craft and workmanship involved in making the cigar.

In the case of cigar ash, if the cigar’s roller used lengthy and high-quality leaves, the cigar’s ash and secondhand smoke will consist of packed rows and neat little columns. The ash does not crumb into pieces when it breaks off as you smoke.

If the personal preferences cigar was not rolled well enough, the ash would depict it all. The ash falls off and breaks into smaller pieces if the cigar’s roller did not use longer leaves or forgot to roll them firmly while in direct contact. For a quality cigar with less toxic chemicals, the ash should not hang longer than an inch before breaking.

The origin of the cigar

You can also use the color of ash or aromatic hydrocarbons to tell the origin of the cigar. It can show the quality of the cigar as well. Ideally, every soil, no matter the geographic location, has its unique minerals and chemical compounds that find their way to the tobacco plant through moisture. The minerals in the soil are reflected in the ash.

For instance, if the nicotine content cigar gives white ash, it is an indication that the tobacco was grown in lush and mineral-rich soil found in the Dominican Republic, Brazil, and Honduras.  Check for complete combustion of tobacco when smoking. Incomplete combustion increases the cancer risk.

On the other hand, if the no harmful chemical cigar gives out dark and grey ash, the tobacco was grown in soil with equal mineral proportion. Your cigar should come with complete filter ventilation holes for maximum pleasure. Check the constituents of cigarette smoke before using sham-exposed controls when smoking.

Lastly, cigars that produce black ash and thirdhand smoke are not quality because the tobacco has been grown in soils that lack minerals. Cigars with grey and white ash produce a more appealing aroma, levels in tobacco smoke, and taste than those with black ash.

How to get the longest cigar ash when smoking

The length of your direct exposure cigar ash matters a lot when you smoke. The length determines your experience with the smoke. The size of your cigar does not determine the length of the ash it produces.

It is the ring gauge of the mainstream cigarette smoke that tells how long the ash will be. Larger cigars use more filler, and that means longer ash. It takes time to break off the ash from a cigar with a thicker ring gauge.

It’s about how slow and easy you take it on your secondhand smoke exposure cigar. When you exercise patience as you take components of cigarette smoke, you get the longest ash. Take every puff and draw slowly and easily to experience the aroma and notes from the cigar.

If you want to get the longest ash, you should avoid setting the cigar down too much. Puff at least once a minute and keep rotating the cigar as you smoke. In the long run, it’s the ash that comes out of the cigar, so you should just take your time to smoke it the right way.

Nothing should stop you from enjoying the chemicals in cigarette smoke when you have a premium cigar, an ashtray, and a cigar lighter. To ash your cigar like a pro, you need the tips we have discussed here.

Give your nitrogen content cigar some time to get the longest ash, not exceeding an inch, before your break it off in the ashtray. Take your time when you smoke and learn to ash the cigar like a pro. The next time you are smoking in a chain, you can learn these tips from your experienced friend.

You have to be patient enough with the cigar to get the best out of the exposure to cigarette smoke or tobacco. Remembers, it’s not the air-only controls and ash that is important but the smoke. So, you have to enjoy the volatile compounds and flavor compounds in the cigar and let the ashtray take care of the ash.