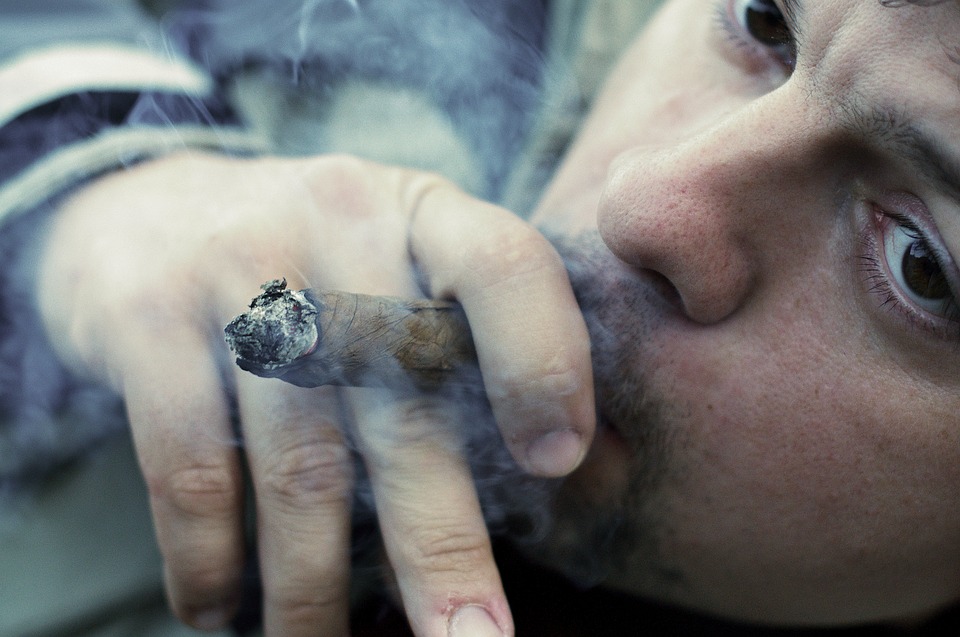 Bottle And Ash has already covered more on how to smoke cigar a cigar like a pro. When you are done smoking your cigar for the day, you need some tips to put it out. That is why you should spare your time to read this article to know how to light and put out cigar properly.

How to light a cigar

Therefore you should be keen when choosing a flame for lighting your cigar. Some flames contain chemicals that may taint the flavour of your cigar – you should always avoid them.

Examples of such flames are Zippos, oil-fuelled lighters, candles, and cardboard matches. Most of these lighters contain chemicals like paraffin that may tint the cigar flavour. Instead, you can choose wooden matches, cedar spills, and butane lighter. They are the best for lighting a premium cigar.

You rotate the cigar when you plan to light it because you want to blacken the cigar and set it ready for lighting. You should avoid letting the flame touch the cigar because this can damage the cigar wrapper. Position the cigar some distance (5-7 cm) away from the flame and allow the heat to climb up.

Step 3: Light up the filler

You can start burning the filler once the edges have been toasting. The filler is the centre of the cigar’s foot. To keep it burning, you may have to bring the flame a bit closer. Here is how to achieve it:

Find out if the amber is more consistent by checking the foot of the cigar. You can take a smaller puff on a glowing cherry or a larger draw for a stubborn cigar. Whichever puff you choose, just ensure you don’t choke yourself.

Blow from the embers towards the charred areas just like you do when heating a coal barbecue. This way, you disperse the heat throughout the cigar without overexposing the head to the flame. Once you achieve a consistent cherry and your cigar is ready, you can allow it to burn for a few seconds before you start enjoying it. This gives the foot some time to stabilize itself.

How to put out a cigar correctly

The first step when you put out a cigar is to ensure the band is not intact. Leaving the band intact makes it difficult to extinguish the cigar.

Remove the band from the cigar to ensure it doesn’t find its way into the ashtray and continue burning. When you smash out your cigar the wrong way, they tend to produce an unwanted aroma.

Tip 2: Allow your cigar to rest in the ashtray

Exercise some patience when you put out your cigar. Once the cigar band is off, you should allow your cigar to rest on the ashtray for some minutes and expire peacefully. You shouldn’t grind out your cigar butt as you do with cigarettes. Cigars tend to burn out naturally after some minutes of putting them off because they are made of humidified tobacco.

Tip 3: Before you leave, ensure the cigar is out

Your cigar is more likely to roll off onto the table or floor when you leave it resting on the ashtray. Therefore, you want to ensure the cigar isn’t resting on the edge before you go. This way, you reduce the risk of fire on your premises.

Ensure the cigar butt is cool before leaving your smoking zone. Also, if you like to clean your ashtray after smoking, you should ensure all the cigars are out before tossing the ashes and the cigar butt into the trash.

You should avoid tossing your cigar butt if you’re smoking outside. When you are sure the cigar is entirely put out, there is a portion of filler that may still be inside waiting to burn. You don’t want to risk it all.

Tip 5: Dip the cigar in water

When in a hurry and you can’t wait for the cigar to cool on itself, you can dip the cigar in water. It’s better to be safe by ensuring your cigar is entirely out before leaving your premises.

If you want to fully extinguish the cigar, you can dip it inside a glass of water. You can also flush the cigar in the bathroom.

Be patient with your cigar and only leave your chair once you are satisfied that the cigar is entirely out. With these tips lighting and putting out your cigar should be that easy.