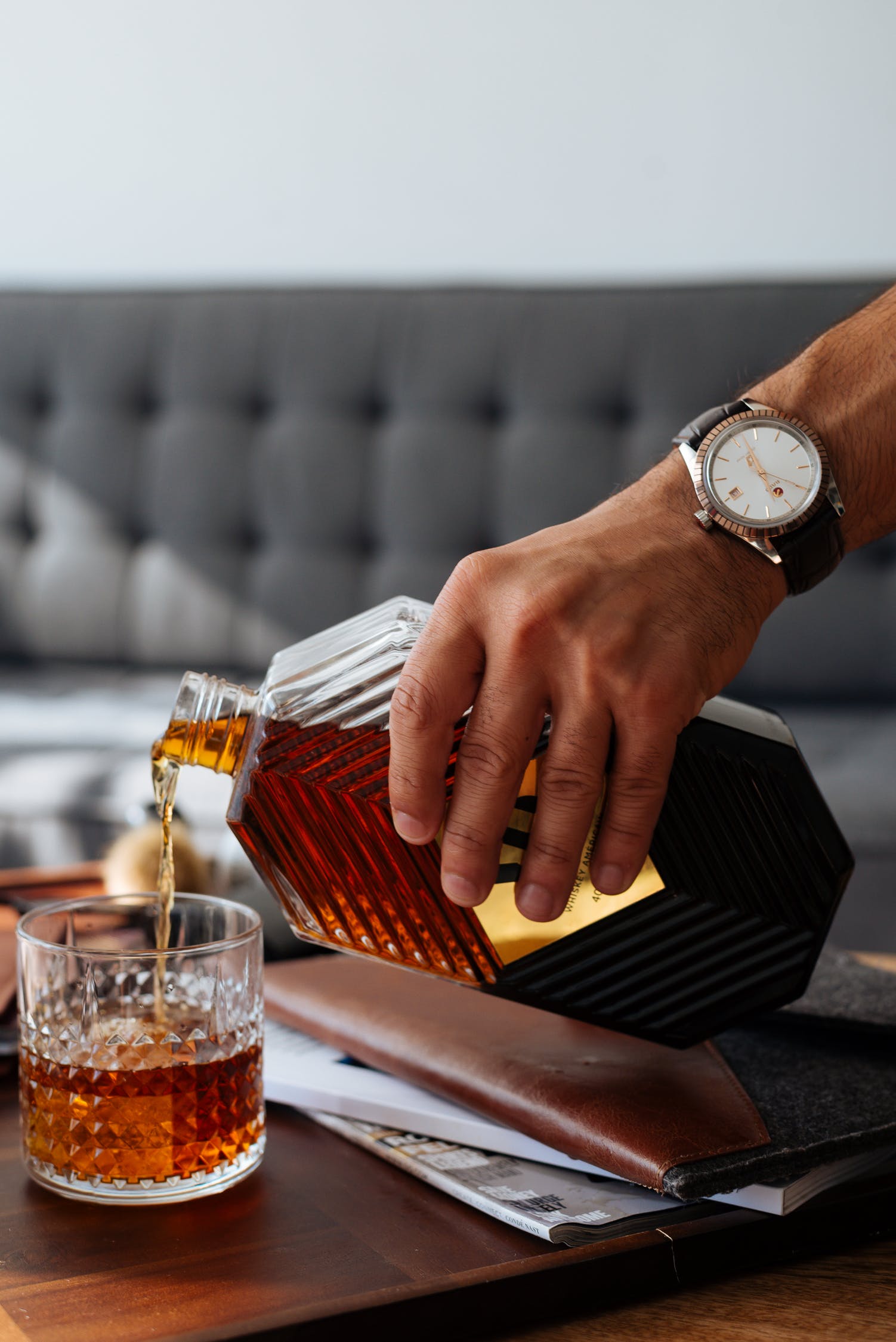 Are you in love with your favourite drink – whiskey or bourbon, as most Americans call it? There is no better way to end your day than grabbing a glass of fine or straight whiskey from the counter.

When it comes to choosing the right bottle of whiskey, you want to be keener on the words written on the bottle. These words are significant in determining the type of whiskey you are drinking, especially the production process and the country of origin.

The truth is that it sets the ground for some qualifications that your whiskey must meet before being sold in the market. In this article, we disclose what it means to drink straight whiskey.

Whiskey has its definition that makes it a unique liquor in the market. According to the Alcohol and Tobacco Tax Trade Bureau, there are certain specifications and standards that a drink must meet to qualify as a whiskey.

To fit the definition of whiskey, the drink must be distilled from a fermented grain of not more than 95% ABV. It must be stored in an oak barrel and taste like what you normally feel when drinking your whiskey. The whiskey must also be bottled with a minimum of 40% ABV.

Straight whiskey is just one of the whiskeys that fit the definition of whiskey we have given here. Simply put, straight whiskey should be aged in new charred oak barrel for at least two years. Most types of American whiskeys can be defined as straight whiskey, including wheat, malt, rye, bourbon, and many other drinks you find in the market.

This is why you will see a straight bourbon whiskey on the bottle label or a straight rye whiskey. The major difference is the type of ingredients used in making the whiskey. For a straight whiskey only, it means at least 51% of a single grain has been used in the production, and it doesn’t qualify as bourbon or rye.

Can you blend a straight whiskey?

It calls for faith to believe it. This is where the definition of American whiskey or bourbon comes from. The word blending is used in many ways. For instance, when you talk about American blended whiskey, the whiskey is made of 20% straight whiskey only. It also means that the rest of the whiskey is made of neutral spirits. The rest of the drink does not comply with what makes bourbon, rye, or straight whiskey for that reason.

A straight whiskey can be a combination of two or more whiskeys made from the same state.

It doesn’t have to be blended to get that title; it is just allowed to blend naturally. For example, Kentucky straight bourbon can include two or more straight bourbons made in Kentucky with no further label requirements.

What is the origin of straight whiskey?

There should be no additive in a straight whiskey.

Now, we all know that a straight whiskey should be aged for at least two years in new charred oak. But that is not enough. A look into any additives that should be used in making the drink and the rule changes a lot. Whiskey should not be made using an additive in colouring or flavours. This part of whiskey definition matters a lot more than the two years it spends being aged.

On the other hand, most of the whiskeys that lack the “straight’ designation are allowed to have at least 2.5% of additives in them. This will include all types of American whiskeys like bourbon and rye. However, some specifications are to be included in those instances, and the TTB is responsible for doing that.

Which are the best straight whiskeys to try out?

If you are drinking whiskey for the first time, a straight whiskey would be the best option in the market. On your next tour of the whiskey world; you want to try some of these drinks:

Bulleit Bourbon Frontier Whiskey: This whiskey drink was pioneered by Augustus Bulleit, dating over 150 years ago. It is made of the highest quality ingredients. It has a bold, spicy character due to its high rye content. It is clean and smooth, making it one of the best straight whiskeys you can have for the day.

Collingwood Blended Canadian Whiskey: This whiskey has been distilled and aged in barrels for at least three years. It includes no minimum percentage of rye-grain whiskey. With its sweet notes of honey and flowers, it makes it one of the best drinks you can introduce to your friends this holiday.

Glenmorangie Signet Single Malt Scotch Whiskey: This bottle of whiskey is made for anyone looking for the best of straight whiskey. It comes in a combination of distilled chocolate malt barley and is popular for its dark and roasted bitter flavours. It has 46 proof and boasts hints of ginger, orange, vanilla, and other unique ingredients.

For a drink to be confirmed as a straight whiskey, it must meet all the specifications and rules highlighted in this article. For instance, it must be distilled in less than 160 proof, stored in less than 125 proof, and made of 51% corn.

The best of whiskey is waiting for you on this other side of the world– pick a fine, straight whiskey and enjoy it with your boys’ club. If you are new to whiskey, you can try some of the three bottles mentioned here. A straight whiskey stands out from the rest for its unique ingredients and production.