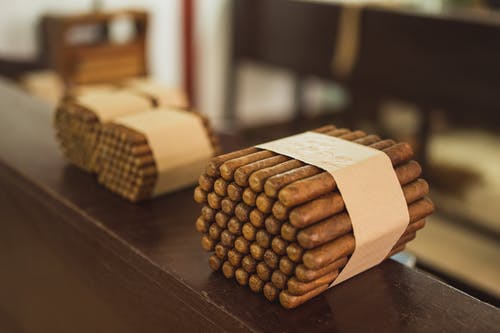 If you love cigars, but you hate spending money on a favorite stogie, Cuban Rounds are here to save you the day. You can order a new supply of these cigars without breaking the bank.

Cuban rounds are not Cuban cigars. It is just a name that is given to them. Maybe it is meant to make you think you are smoking from the most popular cigar producer worldwide.

Cuban Rounds come from Nicaragua and are made with Cuban-seed filler tobacco. The labels in this cigar resemble the famous Cohiba cigar.

They can easily trick a beginner in cigars into thinking they are smoking one of the best in the industry. The truth is that Cuban Rounds are cheap cigars, and you are most likely to smoke it if you are running low – you don’t have the cash to buy a premium cigar.

The history of Cuban Rounds

There is nothing that is Cuban about Cuban Rounds, and not even the tobacco filler comes from the land of cigars, Cuba. This brand of cigars was founded in the 1980s by Kretek International, a company based in California, USA.

The company is a manufacturer of tobacco products in the USA. It has a number of branches and sub-brands like Ventura Cigar, which is known for producing the Cuban Rounds brand.

Based on the information provided on the marketing materials, the Cuban Rounds is a type of filler cigar produced to provide an alternative to those who want to smoke premium cigars but on a budget.

Cuban Rounds are a great option if you are new to cigars and don’t want to spend more on your first stogie. You can enjoy this type of smoke with a friend who doesn’t smoke or know a little about cigars. They are inexpensive and pretty easy on the throat. You may spend close to $1.50 per stick.

You can enjoy this type of cigar if you are just working on some stuff and don’t want to pay much attention to the smoke. These are the best cigars you can smoke if you pass the time or work out of the office.

A pull of Cuban Rounds

If you plan to smoke Cuban Rounds for the first time, you are welcomed with a pool of puff on your first draw. It has a tight draw that loosens up as you draw out a little. What is surprising about this everyday cigar is that the gray ash will remain for an inch before it breaks.

This cigar burns evenly without correction. You can attribute this to the fact that this cigar is handmade for quality. With the low price, the handmade cigar is something you want to cherish. Most of the handmade cigars in the market are expensive and only left for the big boys.

The packaging of Cuban Rounds

If you are smoking this cigar, Cuban Rounds, for the first time, you might think you are holding some premium cigar like Cohiba. The actual branding ad the label in this cigar has been designed to evoke and pay homage to the most popular Cohiba brand.

Cohiba dark tobacco is facing a problem of counterfeits as most brands in the market are coming up with a copy. Most smokers are perhaps staying away from this cigar brand because of the many counterfeits in the market. The Cuban Round label borrows a lot from the black color pallet and the polka dot pattern.

Cuban Rounds Robusto are usually sold in larger valued price bundles wrapped in cellophane. They do not come in a box like most inexpensive cigars out there.

Yes, they are inexpensive, but that may not hinder their price. A Cuban Round cigar gives out a subtle and earthy chocolate taste.

If you are smoking this cigar for the first time, in a pack of three, the first third of the cigar will give you some mellow flavor with notes of cedar, chocolate, grass, and notes of grass. Surprisingly, Cuban Rounds has a chocolate flavor contrary to what most smokers might be expecting.

The flavors will remain in the spice and slight pepper flavor in the second stick. However, it may not be that consistent. In the last third of the cigar, the chocolate draw disappears, and you are left with an earthy spice taste.

The only problem when smoking Cuban Rounds is that the layers of flavor don’t last to the last third. You are left with nothing, if not the earthy flavor, floral notes, and some black tea. This is favorable if you compare the cigar with others like Montecristo.

Which are your favorite black pepper cigars? It may not be a Cuban Rounds. However, if you are looking for some cigars to keep you going, you don’t want to look any further than Cuban Rounds if you are running low on cash.

As a beginner in slow burn cigars, you can also learn how to taste cigars with this inexpensive option. Cuban Mastery Rounds cigars are always here to save you the hassle of looking for a stick for special celebrations.