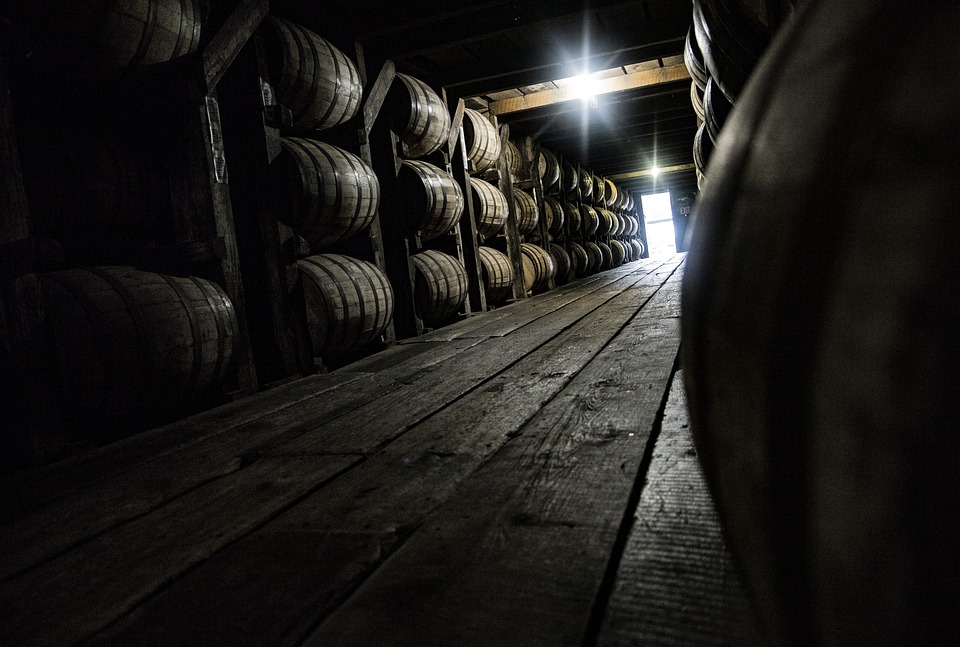 Where does the best whisky come from, Scotland, Ireland, or Tennessee? If you love Jack Daniels or Johnny Walker, then visiting some of the best whisky regions like Scotland should be a dream come true.

Every whisky enthusiast is always determined to research more about the drink, learn some of the best whisky brands in the market, and most importantly, know the emerging trends in the liquor industry. That is what makes whisky drinkers different from others.

So, if you are visiting Bottle and Ash for the first time because you love grain whiskies, and you want to know where the best whisky and active distilleries come from, you are in the right place. Here we mention some of the most popular whisky-producing countries we believe you should visit if whisky is your type of drink.

If you’ve been drinking whisky since your eighteenth birthday, then you should visit Scotland one day. Scotland is a Mecca of whisky tasting and production. Some of the best Scotch whisky brands like Johnny Walker, Lagavulin, The Macallan, Chivas Regal, and Ardbeg come from Scotland.

Every year, Scotland produces over 700 million whiskies in over 105 distilleries spread all over the country. It harbors some of the principal whisky-producing regions in the world. The well-known whisky-producing areas in the country include Isle of Slay and Speyside.

The many whisky distilleries in this country act as the main tourist attraction sites earning the country foreign exchange every year.

Are you familiar with the phrase ‘water of life’? Well, you should know that it originates from Ireland. Whisky industry has its roots in Ireland. When you visit this country as a whisky lover, you can explore the origin of this famous drink matured in oak casks.

Basically whisky from Ireland, also known as Irish whiskey, is triple-distilled, making it unique from bourbon and scotch. Irish whiskey was once the most famous whisky in the liquor market. Today it is climbing back to the market after years of stiff completion from other whiskies.

While other countries like Scotland have tens of distilleries active today, Ireland is only proud of a bunch of seven distilleries. The seven operational distilleries in the country tell the rich history behind the origin of whisky distillation. Some of the top whisky distilleries you should visit when you come to Ireland are Kilbeggan, Old Jameson, Old Bushmills, and Tullamore Dew.

Ireland is one of the leading producers of of bottles whisky. In 2018, the country produced over 8.9 million liters and bottles of whisky. Most people prefer Irish whisky because of its smoother finish.

The USA is another country you should visit one day if you consider whisky a golden drink. The country produces an average of 37 million whisky cases every year from over 129 distilleries. During the probation era there was a steadfast growth of whisky production and many distilleries in the country.

The USA is famous for its brand of American whiskeys, called bourbon. This type of whisky is made primarily from corn. One of Jack Daniel’s most prominent brands in the country is a Tennessee whisky and not bourbon.

Bourbon barrels is aged for at least two years and distilled at a minimum of 40% alcohol. Just like Canada, distilleries in the USA use rye blended with multi-grain alcohols. For the best of American whisky, you can go for Jim Beam Black, Jack Daniel’s Single Barrel Select, and Bulleit Bourbon 10 Year Old. The best of bourbon and Tennessee whisky awaits you when you visit the USA.

Canada is another great country you should visit if you love whisky and you want to learn more. Over 21 million cases of whisky come from Canada every year. About 30 active whisky distilleries in the country contribute over 54.2 million liters of whisky to the local and international markets.

Most people would go for Canadian whisky because of its smoothness and blending. Some of the best Canadian whiskies you can have for the party include Canadian Club, Pendleton, and Gooderham & Worts. If you are visiting Canada for the first time, you can be confident of touring some of the world’s best distilleries found in the country.

Sweden is a less popular fruity whisky-producing country in bourbon history. If you’ve heard of Mackmyra, then you should know it comes from this part of the world. The Mackmyra distillery was established in 1999 and has been sourcing its ingredients from local farmers just 70 miles away. Most bourbon from whisky companies are matured in oak barrels.

The climate in Sweden is almost similar to that of Scotland, which contributes hugely to whisky production in the country. Some of the leading distillers like Mackmyra use exceptional casks which hold up to 26 gallons.

The gallons are a bit smaller than the standard size used in other countries. It allows for more whisky to contact the wood’s surface, resulting in great maturation. Mackmyra produces over 1.2 million liters of whisky.

To cut costs, some distilleries in the country use regular-sized cask. Again to create distinctive finishes and new Swedish whisky expressions, most small distillers prefer to use smaller barrels. For the best taste of whisky from Sweden, you can always opt for Mackmyra First Edition and Spirit of Hven.

India is another addition to the contemporary world of whisky production. Only a few people know that some good whisky comes from this Asian country. The hot and humid climate in the country makes it a perfect haven for whisky production.

Since the mid-18th Century, most of India’s spirits were labeled whisky, although made from fermented molasses. Over the last years, India has grown to become one of the leading whisky drinking nations contributing to the rise of high-quality bottling.

Today, different distilleries in the country, such as John Paul and Amrut, produce and export single-malt whisky ranges worldwide.

Amrut, one of the leading distilleries in the country, produced the first single malt whisky in the country in 2004 and has grown to become a popular whisky powerhouse in this Asian country.

Italy is another country you should not forget to visit if you explore the emergence of modern whisky. In 2010, Italy stormed the liquor industry, showcasing its first-ever Italian malt whisky to the limelight.

PUNI Distillery made its way into the market, producing the first Italian whisky using locally grown wheat and rye.

The Italian whisky stands out from the rest of the whisky brands right from its bottle design. PUNI, the country’s main distillery, has set the pace for other distillers coming up with a unique black-topped bottle designed by Christian Zanotti.

There are many places you should visit before taking your last sip of alcoholic strength whisky. Scotland may be the most popular whisky producer in the world, but other countries such as the USA, Ireland, and Canada have also set the pace and are now giving it a run for the market. SA produces the best quality American whiskeys.

Other less popular countries also shape up the new whisky world, like India, Taiwan, Sweden, and Mexico. You should plan a vacation to one of these countries if you want to enjoy the best of whisky, or if you cannot travel, then pull your favorite scotch or bourbon from your local bar.