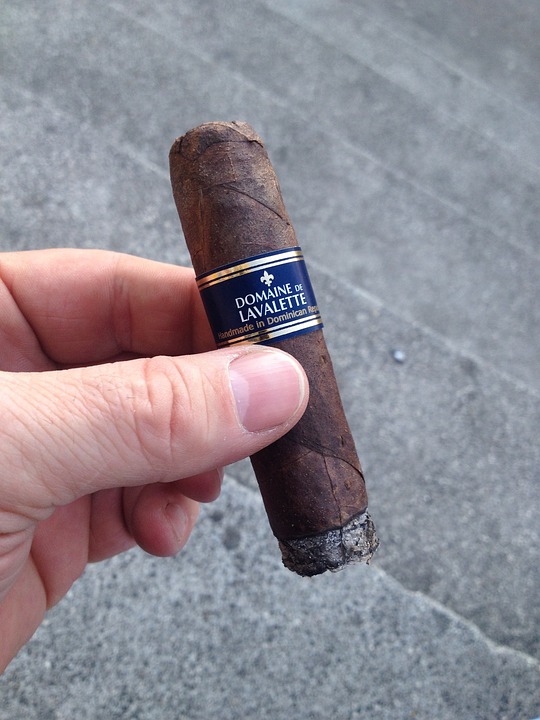 A good stick of tobacco is not that easy to find for any avid cigar smoker– you have to spend some money. Now, if you’ve been smoking an expensive Cuban cigar in your man’s cave, and it goes off halfway, you can still relight it and continue the smoking experience. There is no need to discard your half-smoked cigar when you can do something to relight it and savor the moment of smoking.

When you decide to relight your cigar, you should know that it is likely to change in the process. According to Cigar Advisor, smoking a roll of cigar at once gives you a different experience than smoking in bits. When you relight a cigar, you will realize that the cigar gets more robust and bitter at some point compared to your first puff.

What changes the flavor and aroma of the premium cigar is the build-up of ammonia and tars in the cigar. It doesn’t mean that the cigar does not taste fine – some smokers are likely to enjoy it mid-way. So this is something you should keep in mind when you relight your cigar.

Tips for relighting your cigar

The ideal smoking experience should be enjoyable and free of any faults. However, it is beyond your control that sometimes the dry cigar you smoke decides to burn unevenly. To a beginner in smoking, this is a chance to discard the cigar in an ashtray. However, this is a way of wasting the cigar. Imagine throwing away the best cigar when you have just smoked it halfway.

The best you can do as a cigar aficionado if you want to get the best out of your cigar is to know how you can relight it when it goes off in the middle of smoking. The process of relighting the cigar is not that difficult, and you should be used to it if you’ve been smoking fine cigars for some years now.

Here are more tips to relight the cigar:

The first step is to observe your cigar if it is burning unevenly. You want to rotate the cigar and position the unburned part facing the bottom. Why should you do this? The bottom side gets more oxygen and is more likely to burn quicker so you enjoy the cigar smoking experience.

Watch the cigar size until it can catch up the burn as you continue to puff or draw. You can try using your cigar lighter and cigar holder if this doesn’t work for your cigar.

Tip#2: Use a lighter

Keep doing this until the cigar forms some fine ash, and once you are done lighting it, you can now take that seat and enjoy your smoke. You should shop for some of the best cigar lighters in the market when you plan to relight your cigar. Avoid using the low-quality cigar lighter on your cigar. They leave some awful smell on the cigar, which takes time to get rid of.

Your cigar can go off when you shift your attention to something else when smoking in a room. Perhaps, you were busy smoking, then you get distracted by the breaking news on the television, or you get busy discussing some topic with your friend, and your big, long-lasting cigar will burn out.

If your cigar burns out, the best you can do is removing the non-ignitable ash on the stick by tapping it off on the ashtray.

Use a toothpick to remove all the leftover ash on the tobacco until you are only left with a charred end of your smoke. At this point, you can now observe your usual cigar lighting ritual and bring back your cigar to smoking mode.

To get rid of the excess ash, you can blow the cigar and then puff the cigar until it is ready to smoke. Your cigar will taste bitter as you begin lighting, but it gains back the original taste and flavor as you continue puffing.

Do you prefer chain-smoke cigars? You can also use a sharp cigar cutter to get a clean end from a burned-out cigar. Put the cigar cutter half-inch behind the ash and cut it off to reveal the fresh tobacco. When you decide to cut off your cigar, you should be more careful not to unravel the tobacco on the stick and avoid the risk factor of damaging your cigar.

If you want to avoid wasting your cigar, you should always use a sharp cigar cutter. If the leftover stub is too short, you should avoid cutting the cigar. Once you cut the cigar properly, you can relight it and begin smoking again.

Can you put out your cigar and relight?

Yes, you can put out your bitter flavor cigar and relight it after some time. Some cigars are not meant for sitting. So, when shopping for those “long” cigars, you want to find out if you’re going to smoke them in one sitting or not.

Most quality cigars can be relit except the cheaper cigarillos you find in the market. Therefore, you should take time when investing your money in a cigar.

When your smoking session is interrupted with a phone call, or someone knowing on the door, you should put out the cigar and hope you smoke it later. Follow these steps if you want to put out the cigar:

Should you smoke your cigar in a sitting?

The good side of smoking rod cigarettes is the enjoyment you get in the process. The truth is that when you smoke your ashy aroma cigar in one sitting, you tend to enjoy it. The cigar flavor tends to change once you relight it.

For the purest experience, you should only smoke your cigar in one sitting. Daily cigarette or taking on cigarettes per day is more health conscious

Now, if your cigar burns out and you relight it a few minutes later, that is still considered smoking in a sitting. There will be no change in how the cigar tastes. If you smoke a strong or full-strength cigar, you are not likely to do it in one sitting. No rule stops you from saving your burnout cigar for the next day.

When you force yourself to finish the cigar, you won’t be enjoying it. Therefore, if you feel like it’s time to take a break, you can put out your charry taste cigar and hope you smoke it later.

You can store your charred cigar in a Ziploc bag and save it for the next day. What you should do is remove the burnt bits and keep the cigar as airtight as possible until you find the time to smoke it again. Get quality cigars from a cigar shop or recognized cigar makers for the best experience smoking.